Enter your City name or Pincode

Bettiah is a District Headquarter of West Champaran District in Bihar state. This city’s conspicuous location on famous Indo-Nepal border surely lends lot of strategic importance to it. However, actually this city never had to strive hard in any way to make itself viable and relevant. That’s because the city has always enjoyed huge importance since medieval period and continues to do so even today. To tell you more about this we’ve brought very comprehensive and in depth information about this city. Through our comprehensive information you’ll come to know everything and very minute details about this historical city that you ever wanted to know. 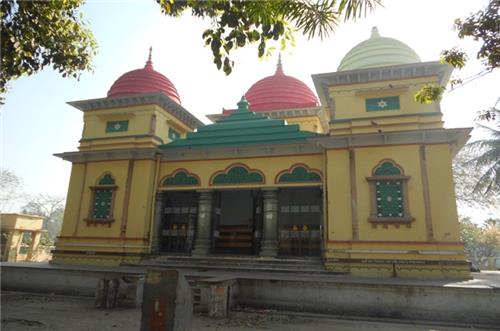 The earliest recorded history of Bettiah dates back to 1244 A.D, when a local king Gangeshwar Dev laid the foundation of a small kingdom ‘Bettiah Raj’ in Champaran area. Gangeshwar Dev’s decedents continued to rule this small kingdom and simultaneously entire Champaran region until British’s withdrawal from India in 1947. However, for most part of the history Bettiah Raj operated as a princely or subordinate state. First under Mughal’s and then under British Raj. Bettiah Raj’s decision to keep peaceful relation with its adversaries also helped in bringing lot of prosperity to the region. This is amply proven by the fact that Bettiah Raj was second richest Zamindar Estate under British Raj. According to rough estimate Bettiah Raj used to receive land revenue rentals of 2 million rupees from British kingdom every year. While this historical fact is no less important, but today Bettiah is remembered more for witnessing first ever Satyagraha movement in Indian history, which was started by none other than Great Mahatma Gandhi . This historical Satyagraha movement was launched by Gandhiji in 1917 for abolition of Indigo Plantation in Champaran region. This movement was first ever big movement against British. Therefore it would not be wrong to say that Bettiah region is truly birth place of India’s freedom movement.

Bettiah has a full fledged Municipal Corporation to look after its day-to-day civic administration. It is just like any other municipal corporation or local civic body. This is to say that it also renders same civic responsibilities like supply of drinking water, maintenance of drainage/sewerage, maintenance of roads & street lights etc. And not to mention that it is also divided in to various wards, just like all other civic bodies are. Elections for these wards are obviously held once in every 5 years.

Bettiah boosts a very mixed economy, with agricultural sector and industrial sector simultaneously playing a very critical role. Besides, service sector also plays duly important role in driving the local economy. However, overall it is agricultural sector that comparatively enjoys upper hand over all other sectors. Although years of growing urbanization may have lessened the domination of agricultural sector to a great degree, but it is still ahead of industrial and revenue sectors in terms of revenue and employment generation. Talking about some of the main crops that are grown here, then sugarcane, rice and wheat are cultivated in huge quantity.

Agriculture
Coming to industrial sector, then industrial sector does have pretty decent presence here. A full fledge industrial area operates in this town, where mostly large and medium scale industries coupled with few large scale industries are operating. Talking about profile of these industries, then most of the industries are agro based industries followed by leather and steel based factories. Years of growing urbanization has but certainly given a new lease of life to this sector. That’s because growing urbanization has paved way for growth of many service oriented industries like banking sector, hospitality sector, healthcare and retail sector. The growth of these respective sectors has surely given huge boost to local employment market here.

Valmikinagar Dam: Immense lush greenery surrounding this all important dam draws decent number of tourists every year. It is built right on the river Gandak. To tell you just how important this dam is, then it generates hydro-electricity and also supplies water for irrigation to entire North Bihar.

Valmiki Ashram: Located very near to Valmikinagar Dam is this immensely historical and sacred ashram. What makes it historical and also scared is the strong belief among locals that famous writer Valmiki – author of epic Ramayana – stayed in this very ashram for very brief time.

Bank of Triveni: Bank of Triveni is actually beautiful confluence of three famous rivers: Gandak. Panchanand and Sonaha rivers. You can witness this confluence near Bagaha village, located some 63 kms away from Bettiah city.

Bhiknatohari: This is a very beautiful spot that is surrounded with some mind blowing scenery. A perfect place if peace of mind and inner peace is what you want. It is located in Gandak block, some 60 kms away from Bettiah city.

Bhitiharawa Ashram: This is indeed a very historical ashram. This is the ashram from where Gandhiji started first ever Satyagraha movement in 1917. Hence visiting this asharam would give you lifetime opportunity to a relive one the important movements of Indian history. This historical ashram is located again in Gaunaha block.

Ashoka Pillars: As is very obvious from name this pillar belongs to great Ashoka era. This pillar is 35 feet in height and has beautiful sculpture of loin sitting on the top of it. And most importantly, this historical pillar is still in very good condition, which makes this historical monument pretty much worth experiencing.

Lal Bazaar and Meena Bazaar are two of the busiest and most popular commercial areas of Bettiah city. These are two market areas where Bettiah’s diehard shopaholics always like flock to. Meena Bazaar especially attracts the most crowd, as it is the oldest market of Bettiah town. This old bazaar is actually divided into two parts, namely inside market and outside market. Outside market mainly sells fresh vegetables and fruits, while in the inside market you’ll find range of shops selling plethora of shopping items like jewelry items, groceries, sweets shops, readymade garments, electronic products etc. There is another very famous market that you should not miss, especially if you want to buy high quality cosmetics and relish tasty seviyan (vermicelli used in the festival of Eid). This market is Jangi Masjid marketplace. This market is named after famous Jangi Masjid Mosque, which also happens to be the tallest building of Bettiah. For More Click Here 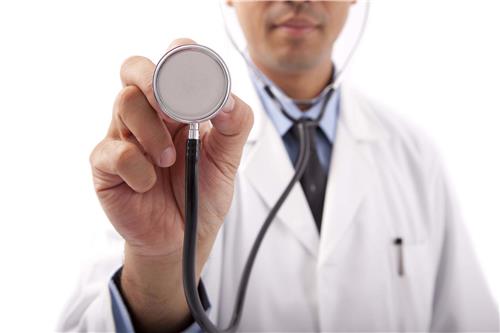 Healthcare Services
Quality of Bettiah’s healthcare services can be termed as just about decent or average. There are decent numbers of well equipped hospitals backed by more than decent numbers of chemist shops and local clinics. Talking specifically about well equipped hospitals here, then actually there are only two or three hospitals that are really equipped with modern facilities, while all other hospitals are equipped with only standard and general facilities. Among hospitals with modern facilities, Maharani Janki Kuwar Hospital and Bettiah Medical College & Hospital are immensely famous. Especially Maharani Janki Kuwar or MJK Hospital enjoys immense trust among local patients here. In fact patients from all across North Bihar and even from Nepal come to this hospital for reliable treatment. For More Click Here

Bettiah has very reliable transportation facilities. It has a railway station that is connected to quite a few important cities in Bihar and quite a few important cities outside Bihar as well. To name a few cities, then Muzaffarpur, Gorakhpur, Sonpur, Howarh, Mumbai are some of these important cities. Needless to say, this station is very critical for connecting Bettiah's commuters to rest of the country. Coming to local transportation, then there are decent number of auto rickshaws plying all across the town. These decent numbers of auto rickshaws are sole bearer of local transportation system here, but they are doing pretty fine job. They mostly ply and commute within 20 to 25 km radius of the city and strictly operate on sharing basis.


Bettiah at a glance

Are you a Business Owner?

Add the products or services you offer